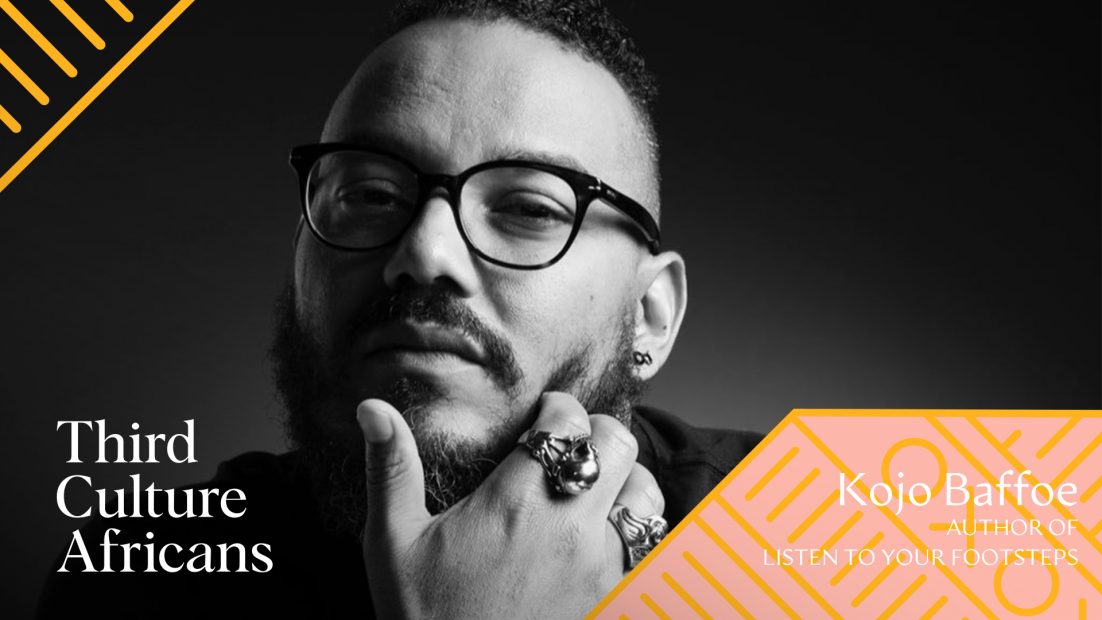 Kojo Baffoe is the son of a Ghanaian father and a German mother who was raised in Lesotho. He currently lives in Johannesburg, South Africa and is an entrepreneur, writer, content strategist, former men’s magazine editor and speaker, to mention a few of his roles in life. He calls himself a retired poet, and he studied Economics, Marketing and Business Administration. Kojo has worked in multiple sectors and aside from his content creation for different brands, he is in the process of publishing his book titled Listen to Your Footsteps.

In this episode, you will hear all about the possibilities that open up career-wise when you are willing to define your life by your needs and what you envision for yourself. Taking risks and making jumps without knowing how things are going to go is a challenging decision that can be very rewarding at many different levels.

Kojo Baffoe refers to himself as a “professional jack of all trades” and he undoubtedly lives up to the title. He talks about the different studies and jobs he has done and how his unwillingness to define himself by his career has allowed him to explore different pursuits, from being the editor of Destiny Man to entering the business world.

Kojo opens up about his addiction and how he realized he needed help. In the process of getting through this, he achieved self-acceptance and realized he doesn’t need to make excuses for who he is. This journey has helped him in his life and his writing. Kojo is an example of reinvention, perseverance, adaptation, and growth and his goal is to make the voice Africans heard worldwide.