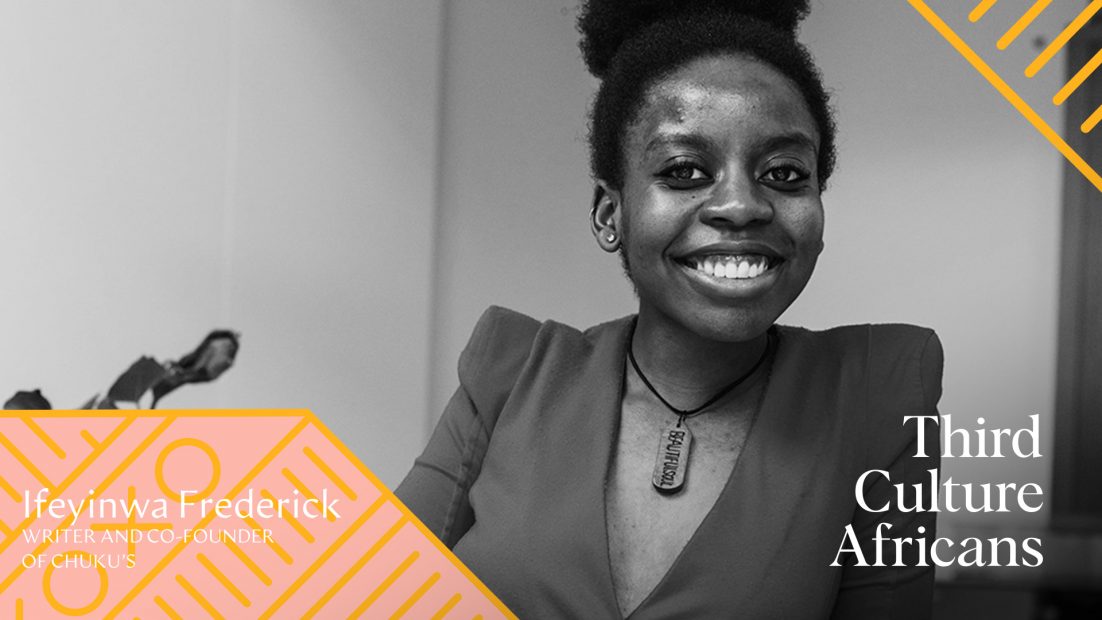 Ifeyinwa Frederick is a writer and entrepreneur and she and her brother Emeka are the founders of Chuku’s, a Nigerian restaurant in London. They were motivated by the lack of Nigerian cuisine in the area where they grew up between East London and Essex and the desire to share their culture with others. Ifeyinwa has been listed as one of Forbes’ Top 100 Female Founders in Europe and one of the 15 Most Exciting Food and Drink Entrepreneurs in the UK.

Bringing People Together through Nigerian Cuisine

Not knowing how to do something often stops people from living their dreams and bringing their ideas to reality. For Ifeyinwa Frederick it meant a new learning opportunity and a motivation to understand how to do new things. This approach was what helped her and her brother Emeka to start a Nigerian restaurant despite having zero hospitality experience. Playing to their strengths and allowing their creativity to thrive was instrumental to their success.

The overall goal of Chuku’s is to share Nigerian culture and bring people together over Nigerian dishes. They placed a different twist on it by making sure the dishes were easily shared in the shape of Nigerian tapas, allowing people to try things from different areas of Nigeria and get a true introduction to its cuisine. Ifeyinwa opens up about the process of doing this and the strategies she and her brother used to build a community before they had a permanent physical address for Chuku’s and staying in business during the COVID-19 lockdowns.

However, hard work comes with huge challenges and for Ifeyinwa this led to burnout syndrome, which had a huge impact on her life and her way to do things. She realized she was prioritizing success over her mental and physical health. Ifeyinwa understood that the way she was doing things was unsustainable and this has led her to be very vocal about burnout and bringing awareness on this subject. She is also a big advocate for therapy and finding a way to prioritize the truly important things, including your well-being.