How do we differentiate between what it means to be a leader and being a boss? According to author EM Kelly, “the difference between a boss and a leader … a boss says ‘Go!’, a leader says ‘Let’s go!’” While that saying sums it up quite nicely, the topic is a fair bit more complicated than it first appears to be. And when you’re navigating today’s competitive business landscape, nuances matter. Let’s take a deeper look into how we can define leadership vs boss.

What is a boss?

The word boss can be defined as both a noun and a verb. As a noun, it is ‘a person who is in charge of a worker, group or organisation’. It highlights the fact that bosses tend to be higher up in the organisational hierarchy than others. The verb, however, is far more telling of how we actually see bosses. Categorising the action (‘to boss’) as giving orders in a domineering way.

In essence, being a boss denotes a specific status. Importantly, it indicates that the you have power over others within an organisation due to your role. To exercise this power, a boss needs to give orders and supervise their subordinates. When these responsibilities are not handled well, it may result in micromanagement, constantly shifting expectations  or other ‘bad boss’ behaviours.

What is a leader?

While ‘boss’ might evoke negative emotions for many, mentioning a ‘leader’ or ‘leadership’ is likely to elicit a positive response. Rather than associating the concept of leadership with demanding task-masters, we tend to think of inspirational figures who weadmire. However, if we take a look at the definition of the word leader (‘a person who leads or commands a group, organisation or country’) it isn’t materially different from the meaning of ‘boss’.

Just like a boss, a leader is in a position of power and plays a commanding role in an organisation. So it makes sense that the noun-forms match up. It’s when you look at the definition of the verb ‘to lead’ that the difference becomes apparent. ‘Leading’ involves showing someone the way to a destination by going in front of or beside them. Unlike a boss, who is seen to bark orders at subordinates, a leader shows their subordinates the way. Moreover, he provides guidance and support in order for them to reach the end objective.

Leadership vs boss: What is the difference?

Just from looking at the definitions of the two words, it’s clear that leadership is more of a motivational than a supervisory role. Rather than giving instructions and cracking the proverbial whip to achieve organisational goals, a leader will work with their subordinates to give them direction and help them reach the final destination. In a leadership sense, the focus is not only on completing tasks, but also about the process that’s required to get the job done.

These are a few key differences between bosses and leaders:

Although the definitions may make these roles sound very similar, the way in which we see them couldn’t be more different. When it comes to leadership vs boss, the latter is generally accepted as being a taskmaster, while the former is a motivator and source of inspiration. 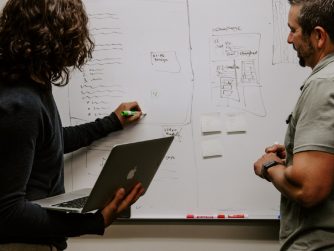 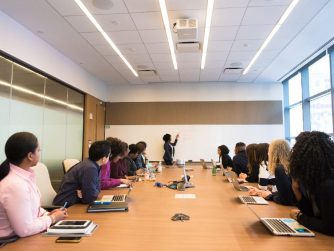 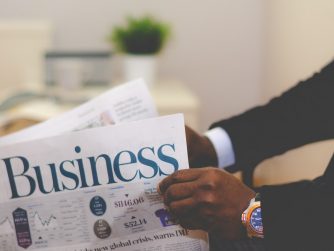